What a huge year for Eighth Generation! With the support of our friends, family, and community across the continent, we’ve grown - and given back - more than we ever dreamed. Here's some of the highlights of a truly incredible year.

8. Mayor's Arts Award
This summer, Louie was named as a finalist for the Mayor’s Art Award alongside three other "creative visionaries" in the Seattle area. Louie's innovative business model and merger of cultural elements shines through in pieces like "Guardians", a variation of which was commissioned by the mayor as a gift for the President of China. 
This year, our community engagement reached new heights when we donated $10,000 worth of blankets to the water protectors at Standing Rock. We then partnered with the Google American Indian Network and First Peoples Fund to contribute another $24,000 in resources! 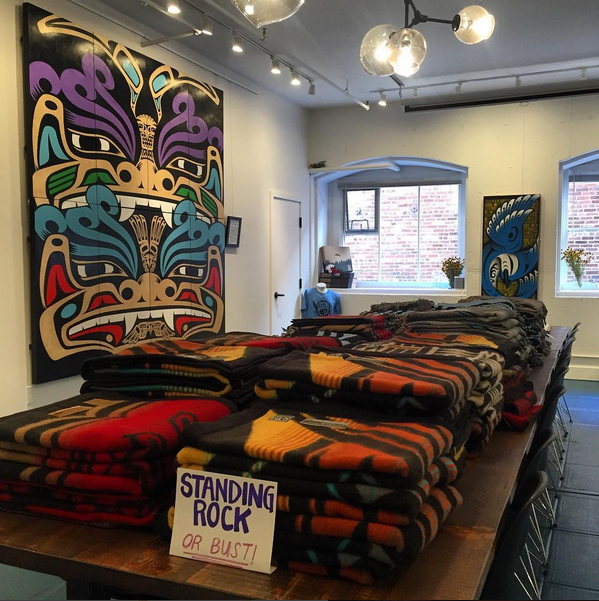 We're also pleased that our ongoing relationship with the Evergreen State College Longhouse is as strong as ever. Funds raised through our "Thunderbird Arrives" wool blanket make us the Longhouse's largest individual donor!

Eighth Generation raised over $15,000 for community-based organizations through donations of blankets and artwork - supporting the Wing Luke Museum, Seattle Globalist, Legacy House, and more. For this work - and other forms of community service - this fall Louie was honored with an Eagle Feather at Daybreak Star Indian Cultural Center.

We finished up the year by setting our staff members loose on the streets of Seattle to share some of our famous wool blankets with the communities local to our flagship store and studio - just in time for the holidays and chilly winter weather. 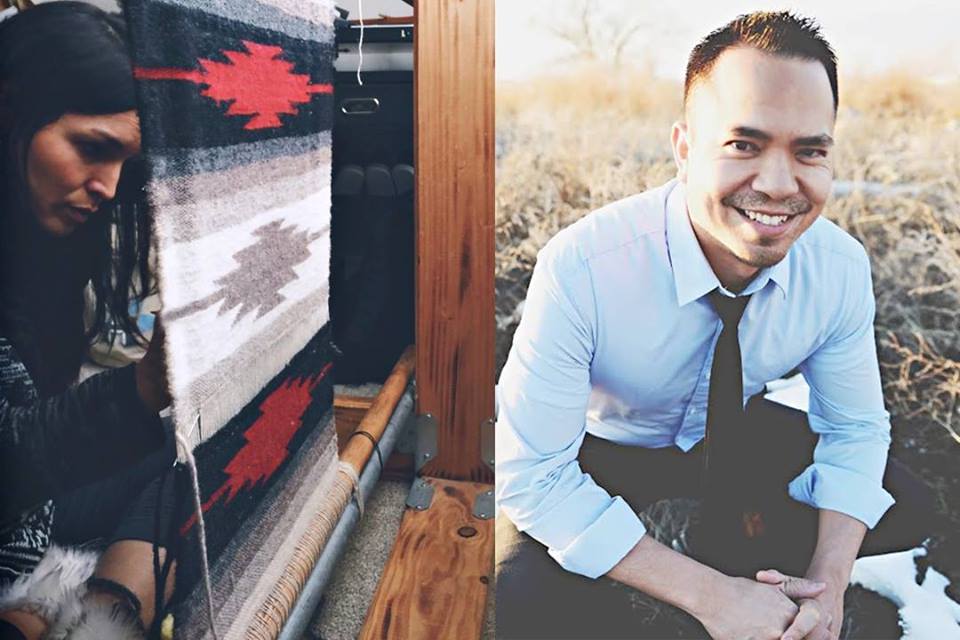 We had the honor of hosting Michele and Kyle in our store and studio in November for a few incredibly productive days: check out Kyle’s Honu Life phone case and Michele’s Navajo Snowflake earrings.

5. "Inspired Natives, not Native-inspired" Catches On!
We continued to be recognized by local and national media for our groundbreaking work. This fall, the New York Times covered our Standing Rock donation, and Louie appeared on the cover of Seattle’s CityArts Magazine. 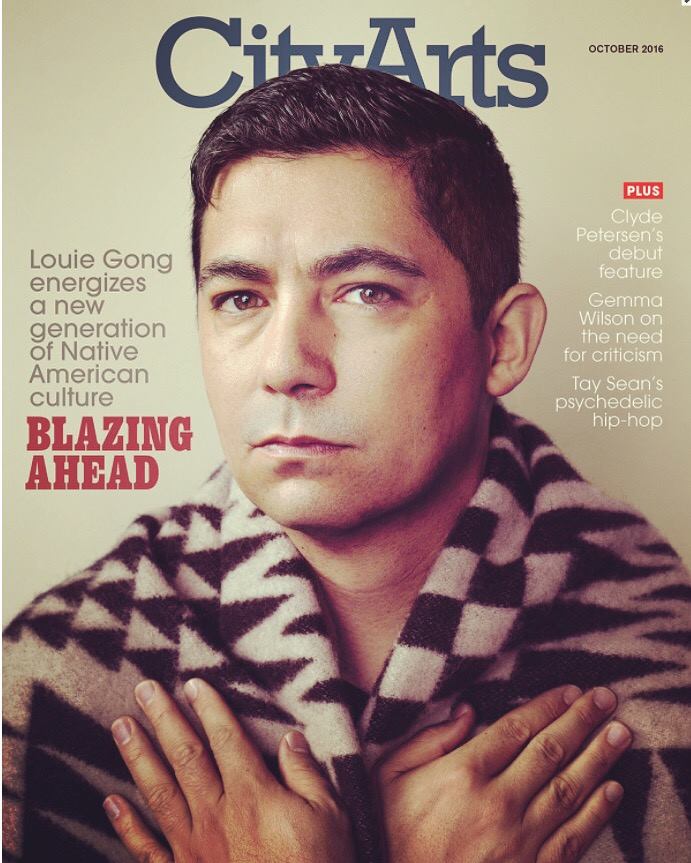 Indiegogo published a media feature on Eighth Generation since we launched our crowdfunding campaign a year ago. Louie and Eighth Generation were featured in Crosscut, Gray Magazine, Real Change, and KING5’s "Best of the Northwest" Gift Guide.

We also made it on TV a few times, including this fun segment from KOMO 4's Seattle Refined.

4. Custom Blanket Projects
We developed several highly successful custom blanket projects, like the official Nisqually Tribal Canoe Journey blanket and the Pokagon Band of the Potawatomi’s Education blanket. We're honored to have collaborated on these projects - and we're getting pretty good at it, if we do say so ourselves!

We partnered with acclaimed designer Bethany Yellowtail to launch the first offering in our Ground Breakers Series, which will feature established Native artists and designers. Check out the product page for a closer look at this stunning blanket. 2. Our Growing Team
We hired Jorge Castillo as a Studio Manager. Jorge and Louie met in 2009, when Louie spoke at Jorge's high school. Three years later, he was Louie's first intern - and now, he runs the studio! If you’ve bought a phone case, earrings, or the many other products we make in our studio, you can be sure Jorge had a hand in making them. And in late summer, we hired Stephanie Masterman (Tlingit), Kelly Singleterry (Nuu-chah-nulth Canadian First Nations), and Kendra Aguilar (Soboba Band of Luiseño) as Sales Associates! These fine folks are the public face of Eighth Generation and can answer all your questions - come meet them at our store! Speaking of which...

1. Flagship Store Opens at Pike Place Market
Of course, our biggest news of the year was opening our flagship retail store in Seattle’s iconic Pike Place Market in late August. You can follow our journey in our vlog episodes 1 and 2 (The Opening).

We've already hosted seven visiting artists in our adjacent (newly named) "Busted Knuckle Gallery" in the first three months, and we'll continue to host more throughout 2017. (Keep an eye on our Facebook page for updates)

Come visit us - we're open daily, and we can't wait to meet you!